First Rules of adaption/integration through language
I move a lot around Southern/Eastern Africa. I come across a lot of different cultures. And with the culture also come different languages… While English is an official language in all the countries I am staying in, this is still not the home language of the majority of people.

Adapting to the local conditions often goes through learning basic words. Even on holidays, if you know a few words in local language, you have made an effort and people will be more open towards you.

So, when I arrive in a new place, I do try to learn the very basics… Hello, How are you, Thank you… but this will be all I will learn… Unfortunately, there are many different languages within each country (the best illustration is South Africa, with 11 official languages and a few others…) and I can’t keep up. But I try… and people appreciate. And then, English is not my home language either, so we have a common ground: we both had to learn another language so that we can communicate.

And this is the basis of integration: make an effort, do your best to learn something locally, show due diligence… people recognise the effort and will reciprocate, taking you in as you are…

First Rules of politeness through language
How do you say please and thank you in your language?

When I was little, “please” was the magic word to make things happen… Interestingly though, this is not a word that I do learn in the local language… I always learn “thank you” but not “please”…. maybe because I cannot ask for something so I never have to say “please”…

But I found out as well that in some languages, the word simply does not exist… As I was teaching children the first rules of politeness, they were struggling with saying “please”. I explained the reasons to say it, and to help them into the habit, I told them that they could say it in any language… they speak English at school, Afrikaans some times and one of the San dialect at home… I know in English and in Afrikaans, but not in San. When I asked them, they could not think of the word… So I asked some adults… and there is none… They don’t use it.

Unfortunately, the children will still need to learn this rule in English and Afrikaans because this are the languages and culture they will encounter outside of the conservancy (or with tourism) and need to adapt.

Politeness is the practical application of good manners or etiquette. It is a culturally defined phenomenon, and therefore what is considered polite in one culture can sometimes be quite rude or simply eccentric in another cultural context. (Wikipedia in English)

Each culture has different rules of politeness.(…) Politeness is a mode of communication: it only concerns the form (the “how”). Respect concerns the meaning of the message that is communicated (the “what”) and has nothing to do with the “how”. (translated from Wikipedia in French)”

Check this article from an Australian about English politeness to see how different cultures of politeness could lead to confusion, even without language differences: Practicing the English art of politeness 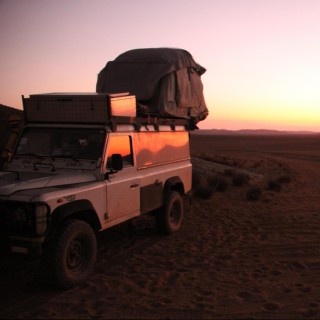